Are you in need of some outside time? Are you addicted to the screen?

Do your children tell you to stop playing with your phone?

Or are your kids the ones who are addicted?

Are you missing out on what is going on in your real world because you spend too much time staring at a screen playing games, scrolling through or taking selfies? 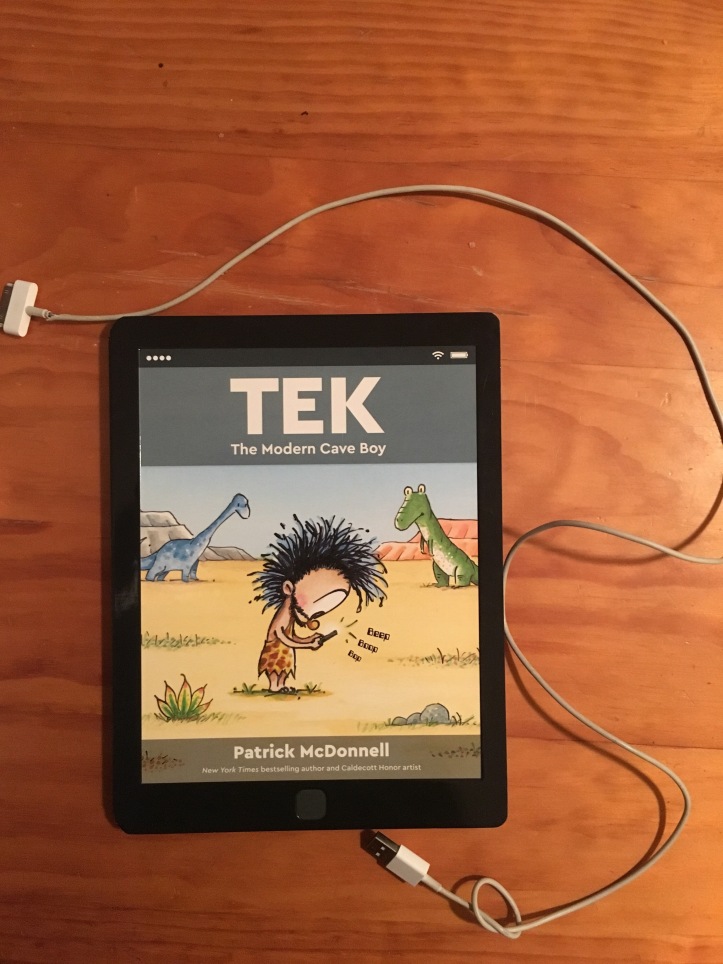 Perhaps this book is the book for you!
Tek , the modern cave boy by Patrick McDonnell is a wonderful read and full of many surprises!

We meet Tek, who loves playing games on his computer, so much so that he misses major world events such as the ice age!!

It’s only when Tek’s machines run out of batteries that he finally realises what is really happening all around him.

Children and adults will be delighted with not only the story but the design of the book (it looks like an iPad) and the picture of the battery (that runs down as the story continues on) and even the wifi signal!

Tek, the modern cave boy is a great read and something that will help us to realise that screen time has a use but not as much as many of us use it for!
So what can you do at home?

This site uses Akismet to reduce spam. Learn how your comment data is processed.